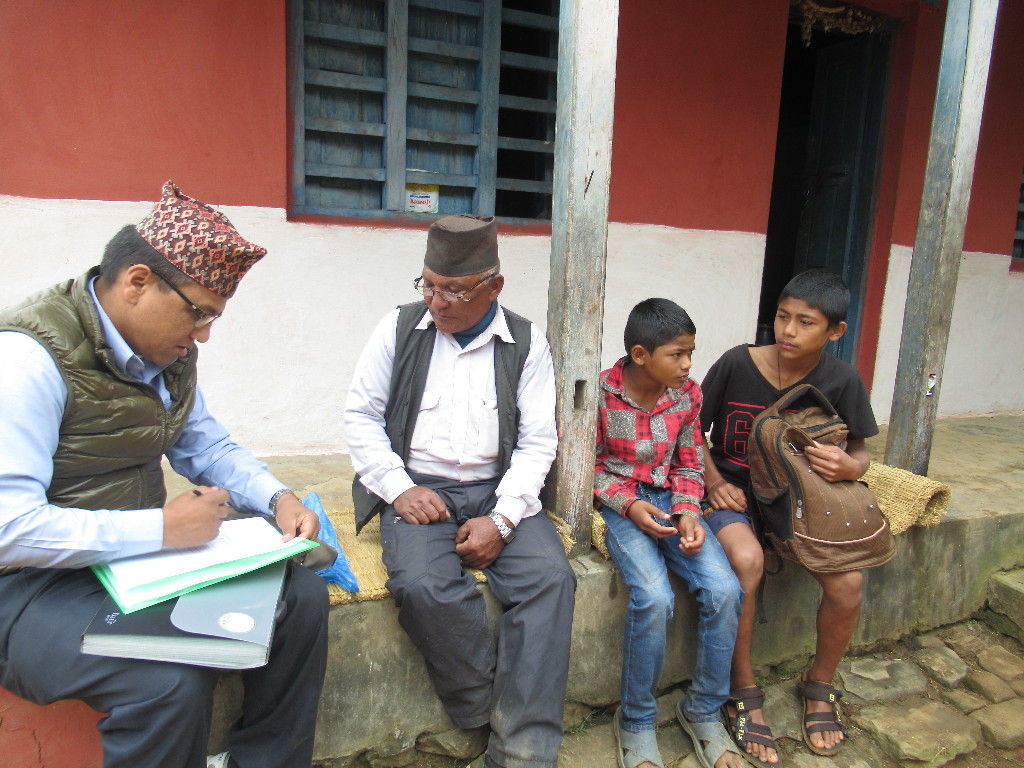 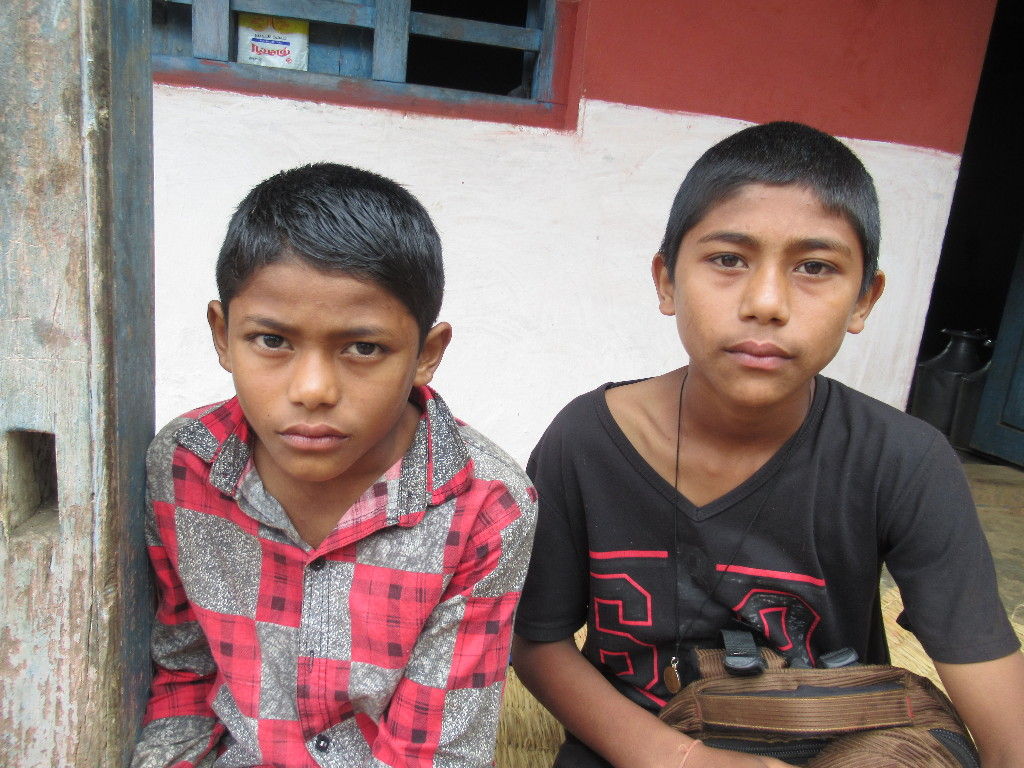 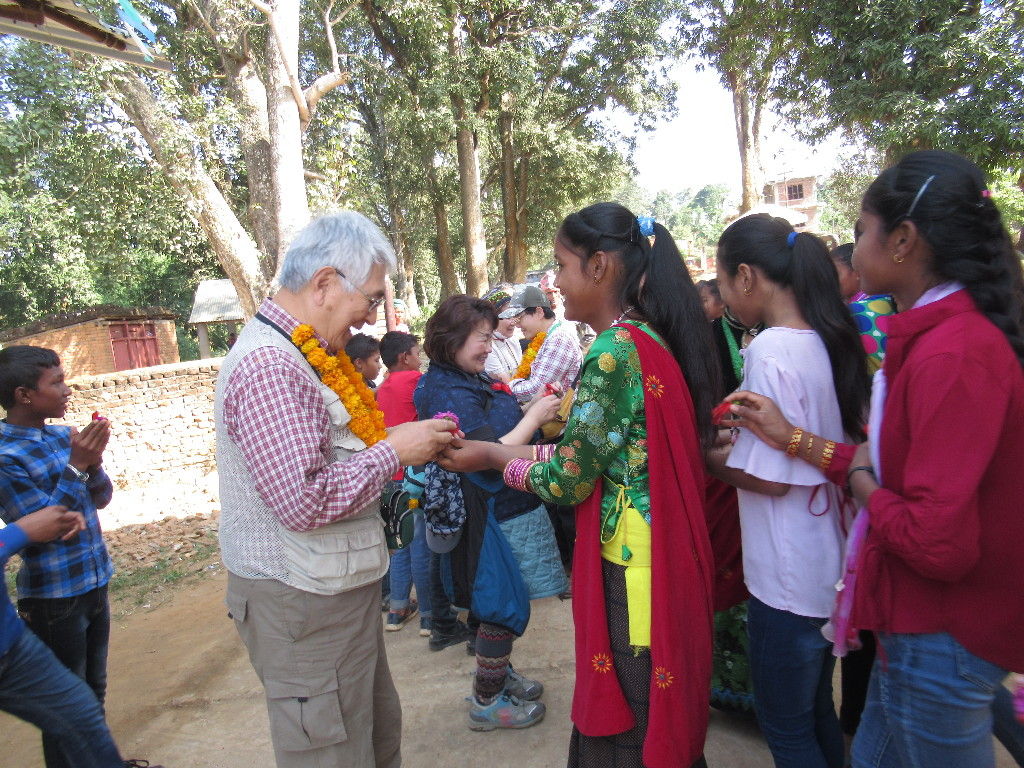 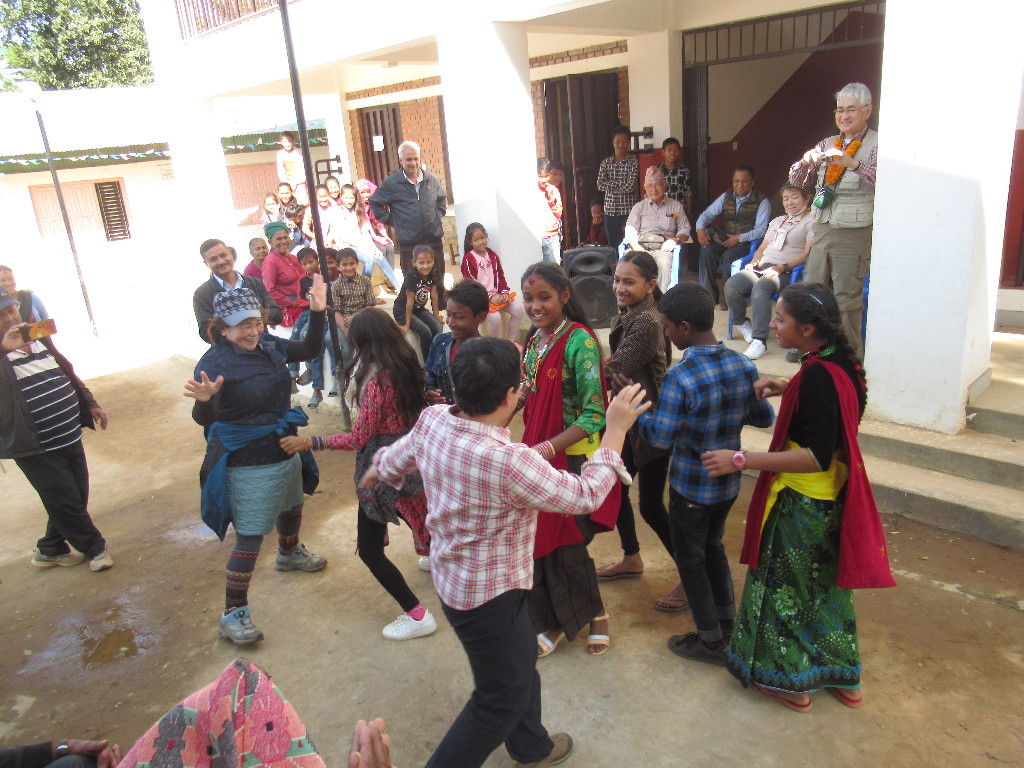 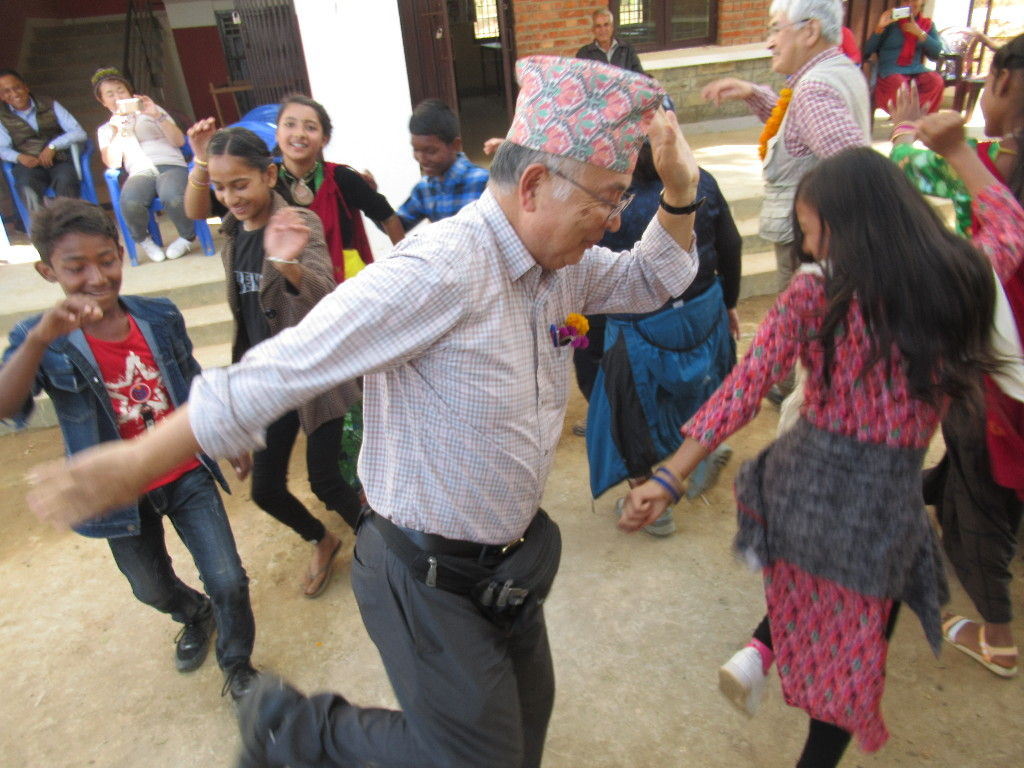 その後チームはポカラ市へ移動、早朝はヒマラヤを眺めることができました。また、駒ケ根市からの協力で建てられた母子友好病院も見学することができました。
今年も、スタディツアーに参加してくださった方々をはじめ、関わってくださった全ての方のおかげで無事にツアーを終えることができましたこと、感謝致します。
(The following passages are translatedarticle in English.)
Thank you for visiting our blog. This is reportingabout DOSANKO study tour. We had activities in Gorka district nextday as well, and moved village side.
First, we met Anil Sunar, his junior brother and his grandfather. He has more two siblings. They came to see us bywalking two hours and half.
His house collapsed by the earthquakes in2015. Rebuilding of the house was not easy for them and living same house which was just repaired temporally as emergency.
His father passed away by illness 5 yearsago. Then, they were living with their mother and grandparents. Unfortunately,their mother left them and disappeared a year ago.
They are Dalit and the grandfather does not have his own land. He is working as employed farmer just given small space offield. Bringing up the four grandsons is so hard for them. We decided to suppor tthe siblings to provide the scholarship.
Then, we visited school to check usage offirst aid kit box distributed by us and refill consumed items.
Before it was distributed, the school had only bandages and some items. Many students who got any symptoms as the common cold and menstrual pain they just endured or went back home. The situation changed that many of them thatthey can stay and take class using the box.
And also it is useful for common minor injuries according to the teachers.
One of the student got injury on his leg insport festival. He took the first aid from the teacher with the box.
After that, he could run longer distance than before getting thewounds! Everyone wassurprised and it made them fun. They had laughing to see it including the student. The school students and teathers welcomedus and showed Nepalese dance. We enjoyed that.
Last visiting place was Pokhara city. Theteam saw the beautiful Himalaya in early morning. We could visit the maternal and child hospital built with the cooperation of Komagane city in Nagano.
Thank you for all, participants and who support us for the study tour. It was completed successfully. 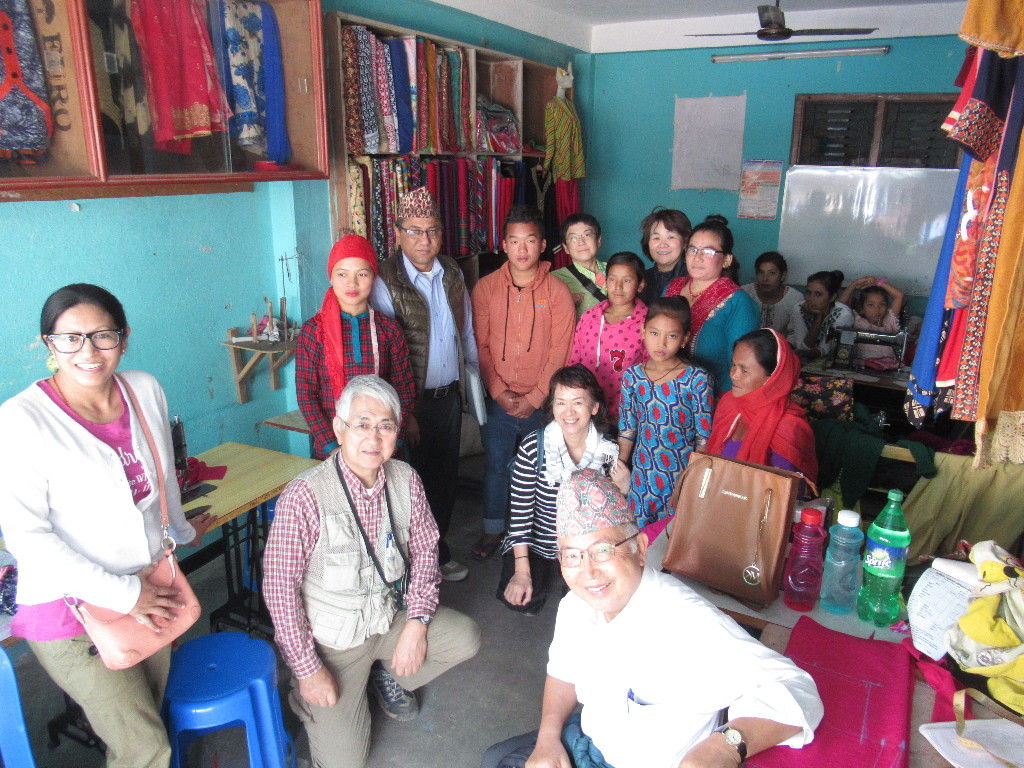 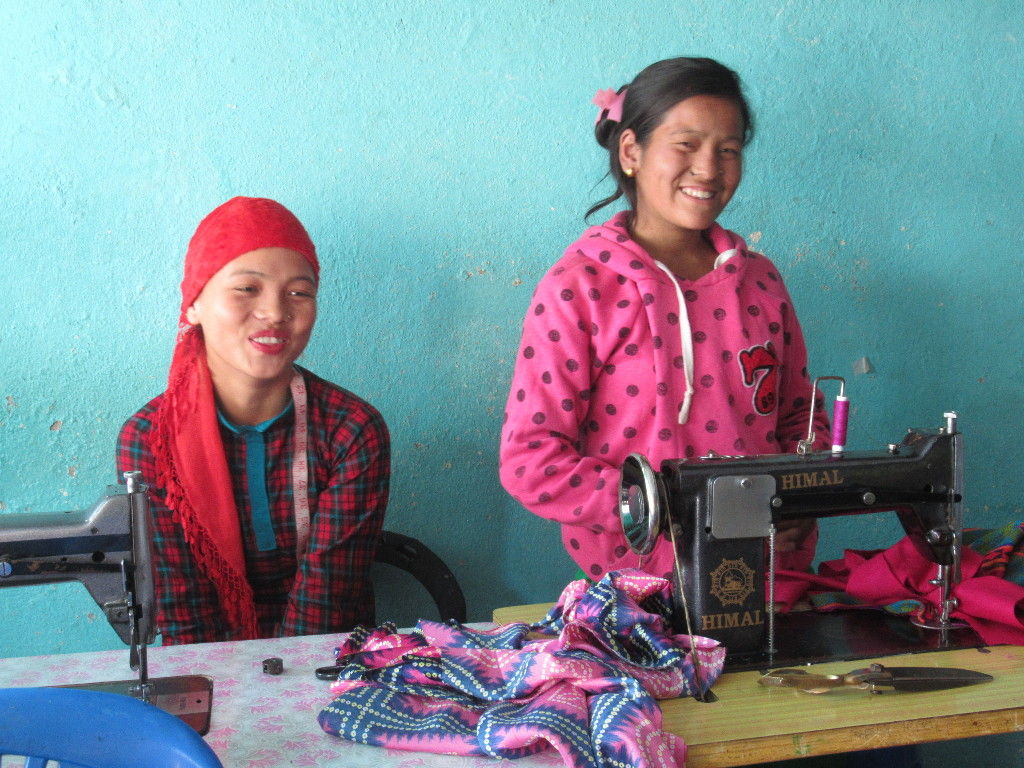 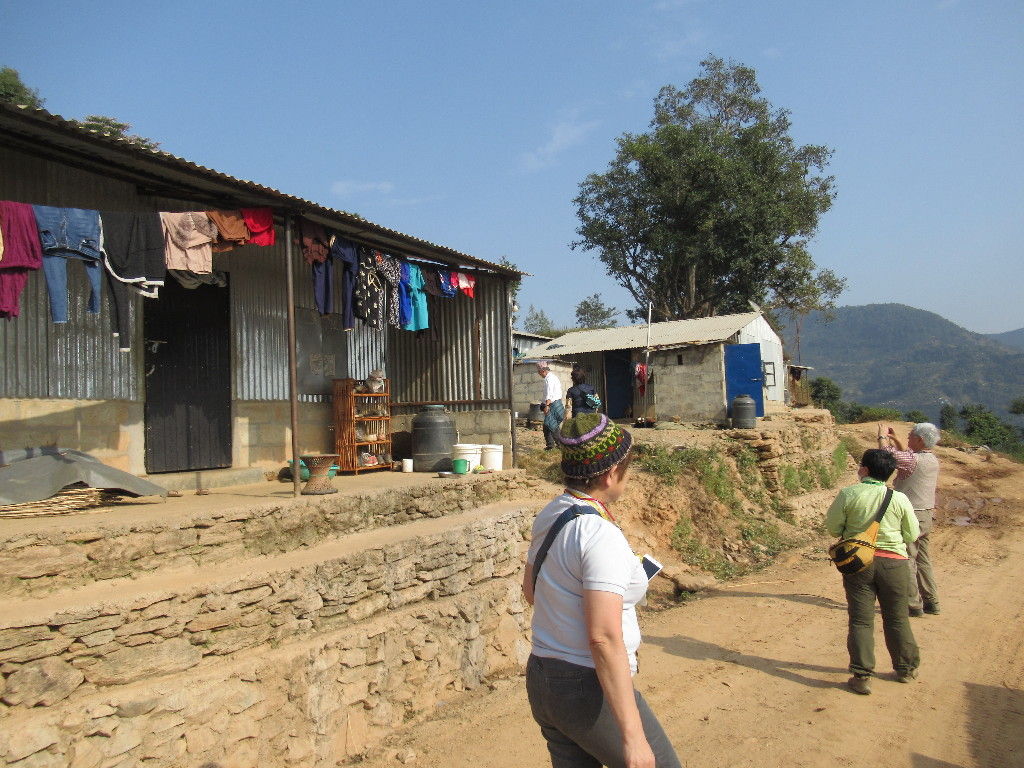 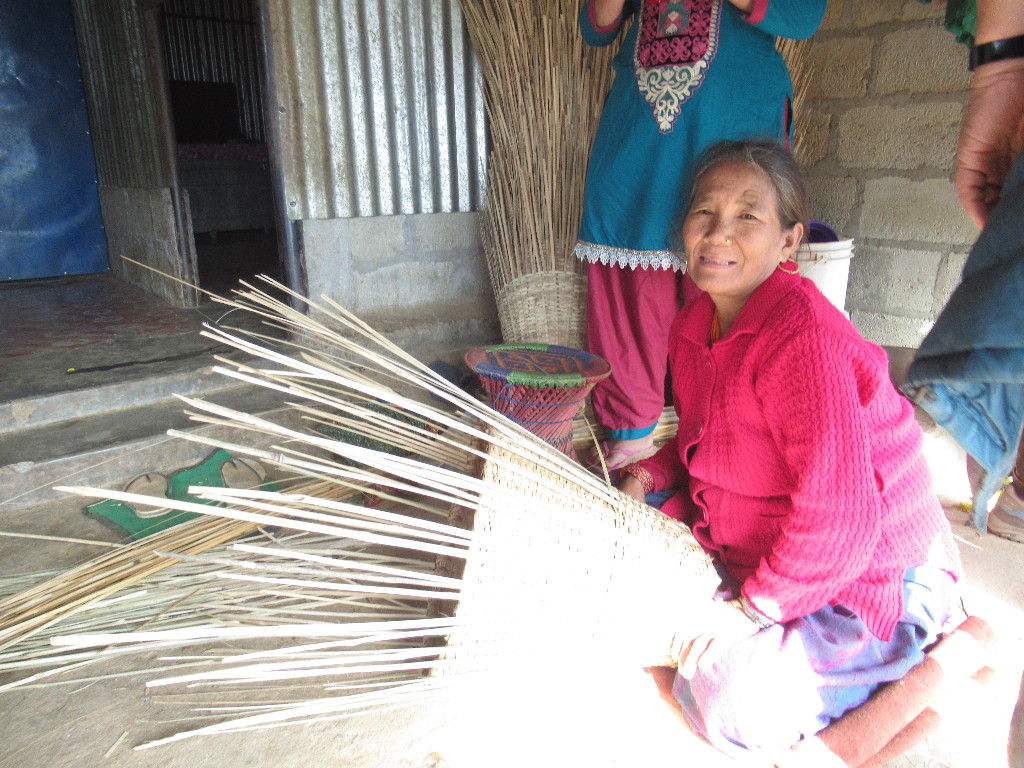 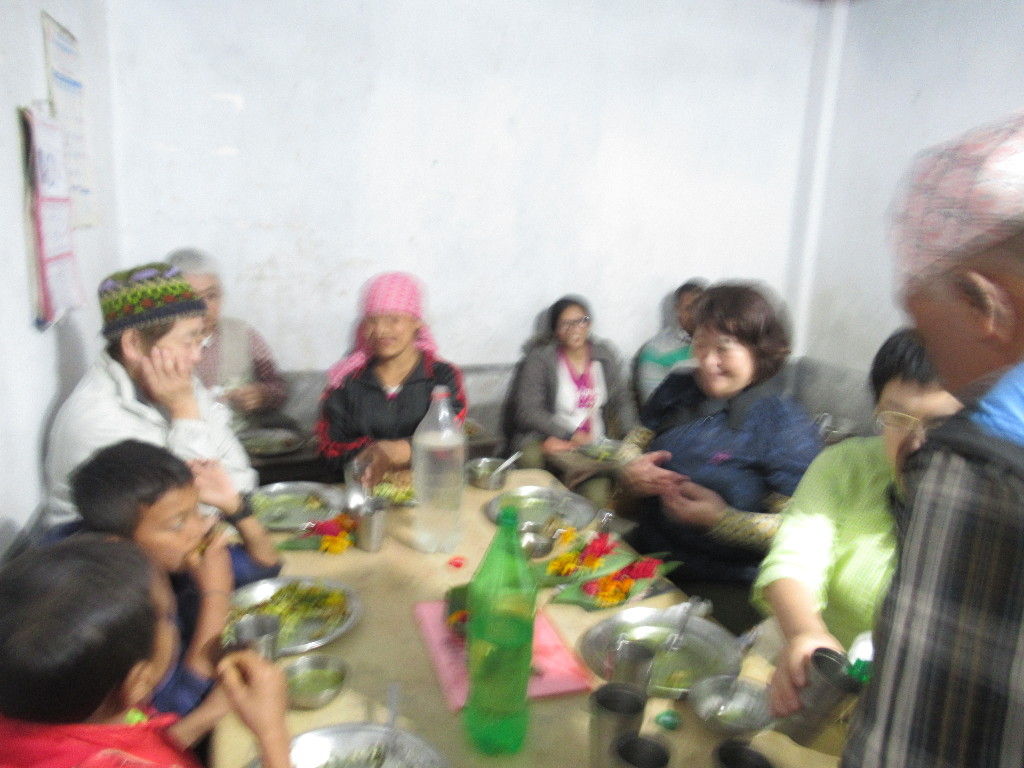 (The following passages are the translatedarticle in English.)
Thank you for visiting our blog.
Sorry for late update reporting about Dosankostudy tour held from 2nd Nov.Second day of the tour, first we visited tailorshop to see scholarship students in Dhading besi of Dhading district. The twofemale, Ganga (16 years old) and Ram maya (22 years old) are taking basic course of sewing. We are supporting them to provide the fees of training and partialliving cost (The details were introduced by blog in October).
‘Indeed, sewing became fun after I gotskills to make various types of clothes even though learning was not easy forme. Wearing clothes which is made by me is special!’ they said.
Then, we moved the place where it was evacueecamp for the victims of earthquakes and they are living still now in built newsimple houses with support from organizations. The residents were making basketwith bamboo to make income.
After that, we went to orphanage inGorkha district. We spent fun time with the students, and took dinner together there. Next day, we saw the scholarship studentsand talked together before they went to school They welcomed us with big smilesin this time as well.
本日12月15日、チカホ北三条広場で北海道国際協力フェスタが開催！どさんこも参加しています！道内の国際協力に関わる団体も多数参加、さまざまなイベントもあります！ 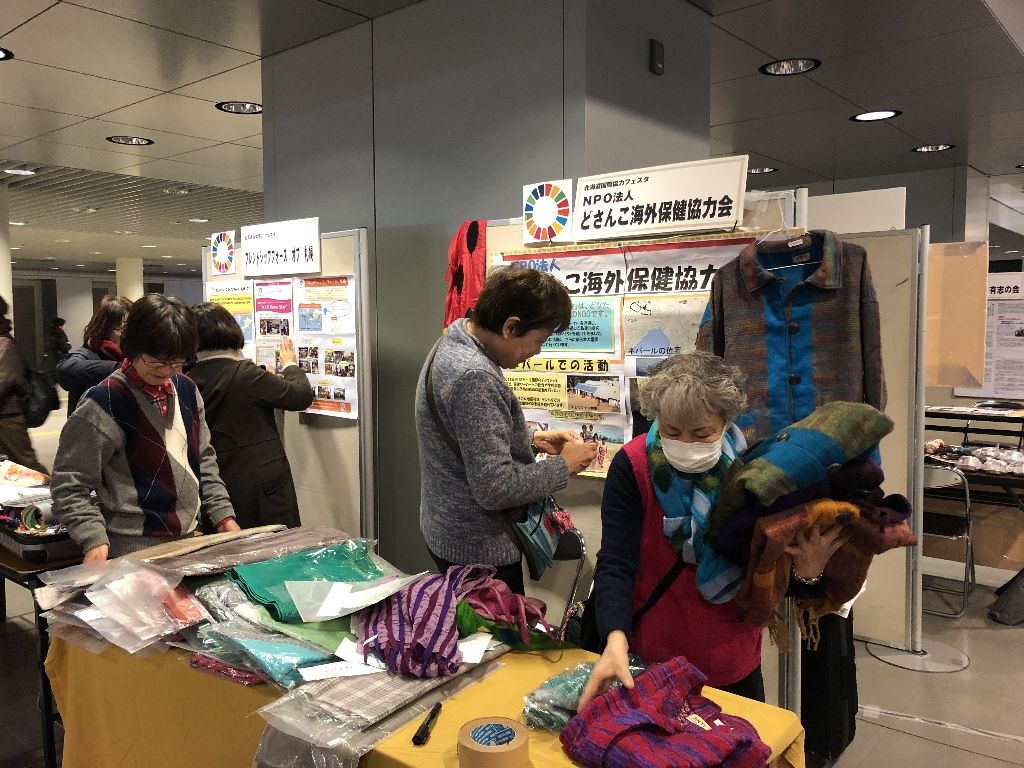 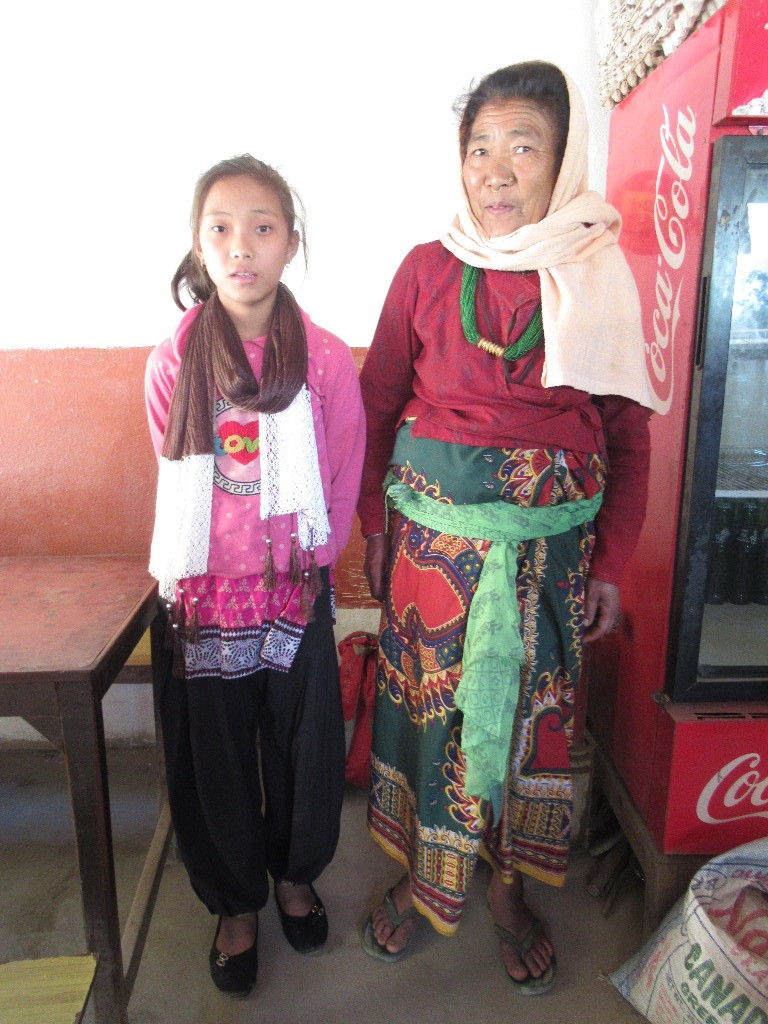 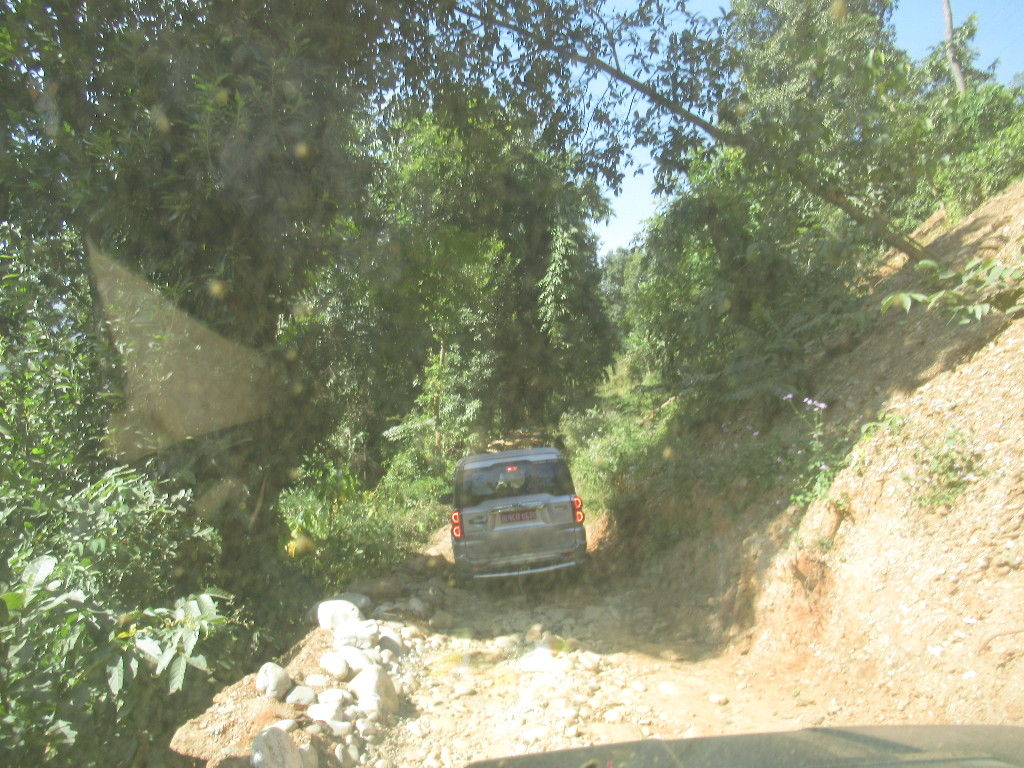 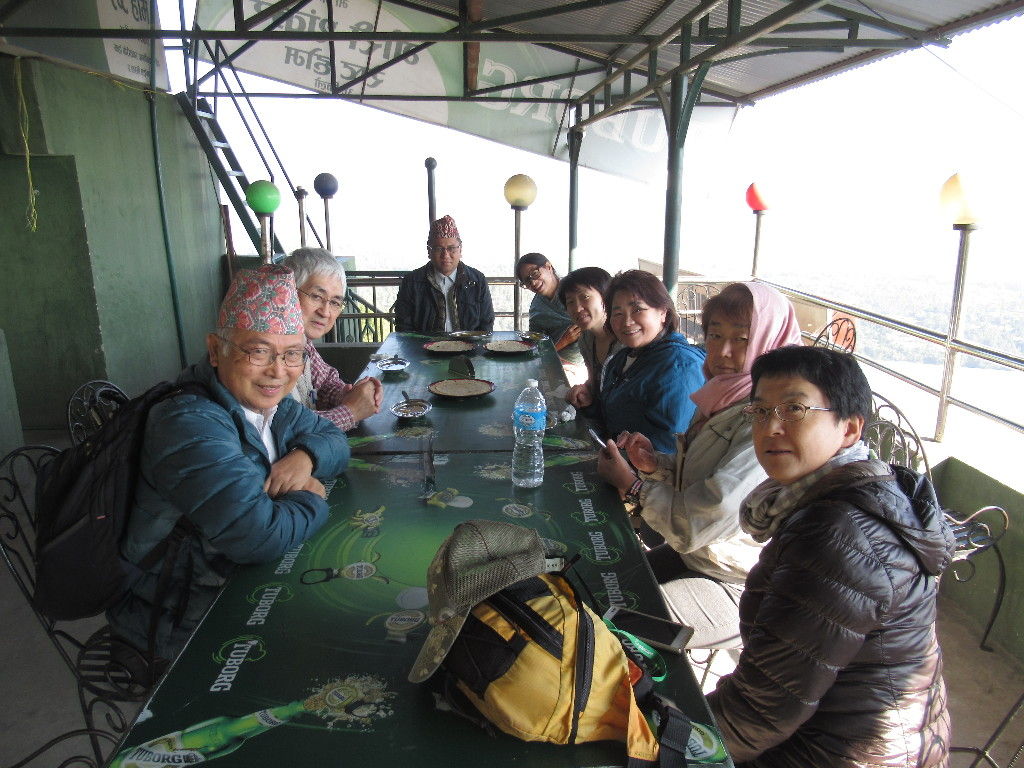 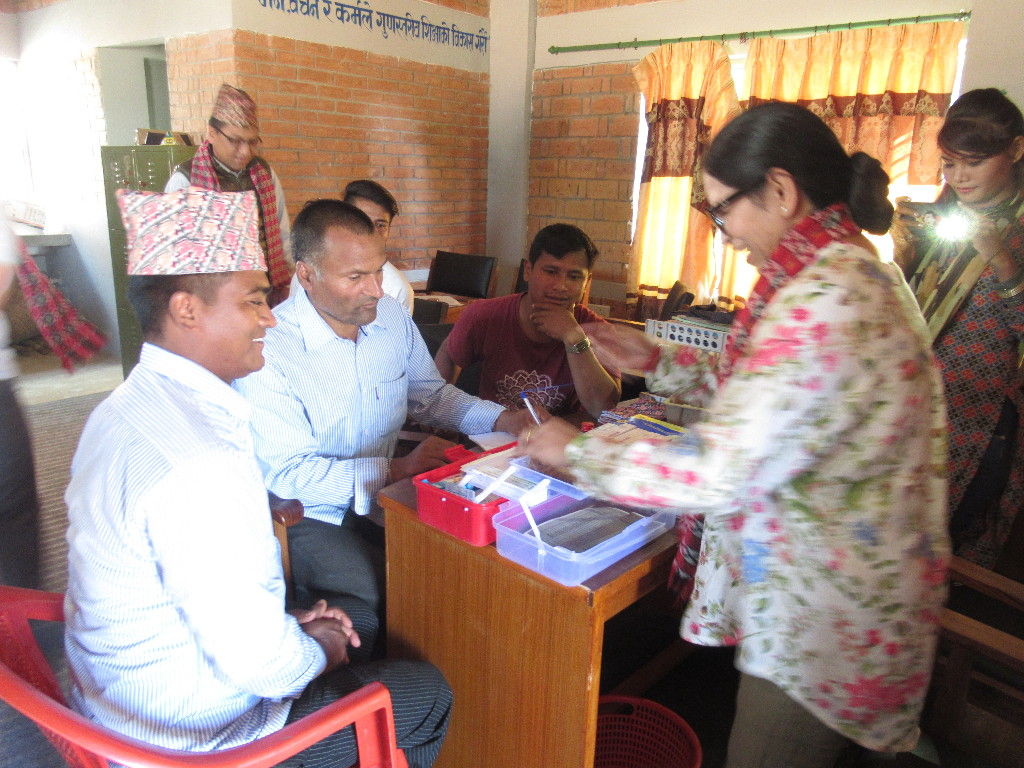 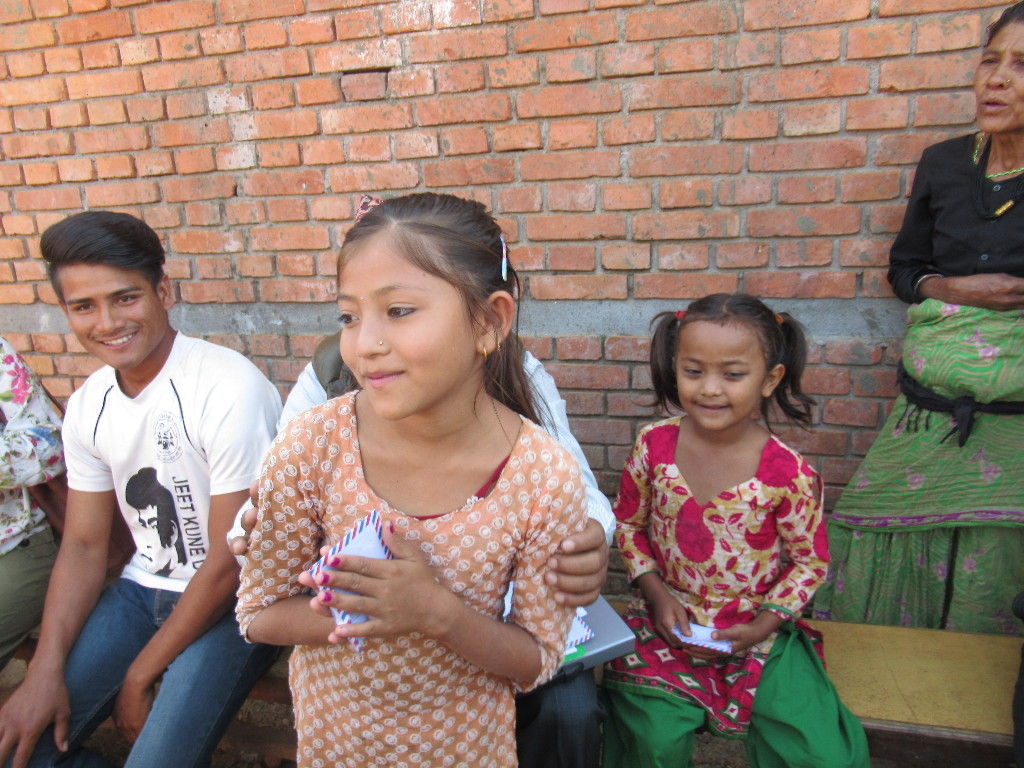 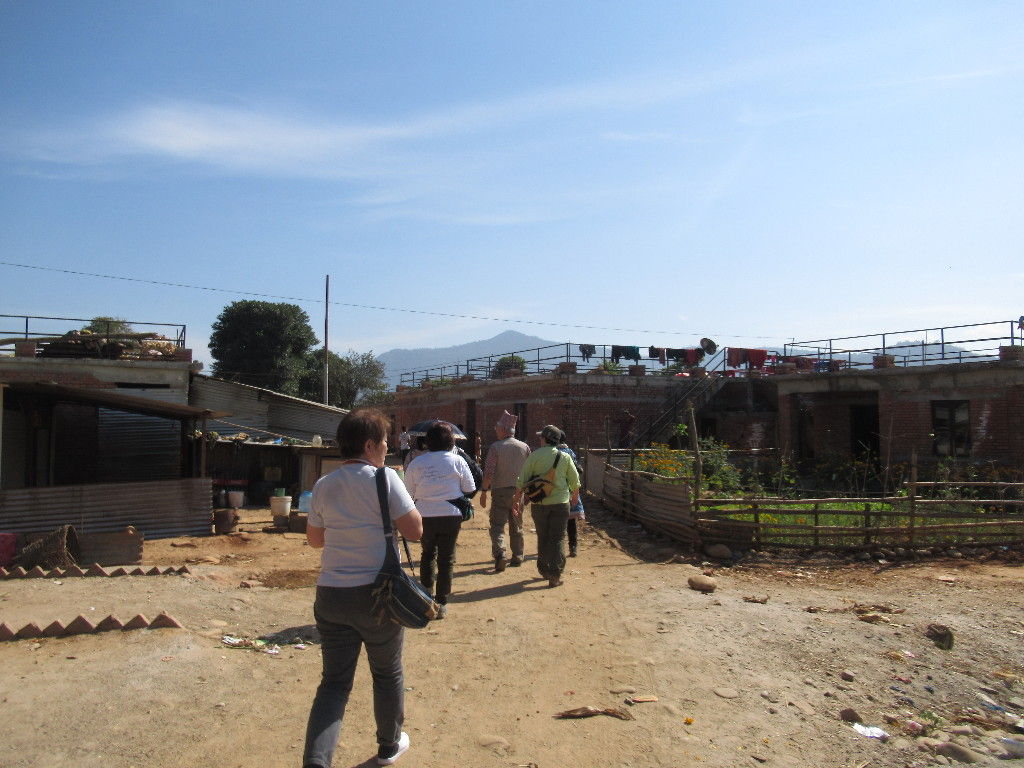