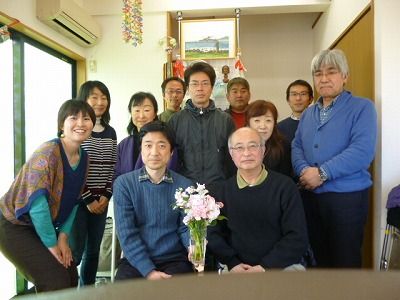 What "Let Local People Recover on Their Own" really means

Hello. I'm Miki Nishiyama from Tokyo office. I'm in charge of both the Great East Japan Earthquake Restoration and the Deputy Director of SHARE.

It has been three years since we started working in Kesennuma. It all began from helping Livelihood Support Project K (Project K), a local NPO, to get started. I've helped resident community and local people so that they can have a better environment in temporary housing. At the end of the month, it will be the last time for SHARE to support locals directly. Project K will take over the work. Three years has passed so quickly, even though it seems like a long time.

On March 23, when cherry blossoms started blooming in Tokyo, I went to Kesennuma. I attended the joint steering meeting of SHARE and Project K, which is held once every three months. Kesennuma was still cold enough that snow from the previous day remained. It felt like winter had come back.
Board members of SHARE have also helped manage Project K as board member and auditor-secretary. Meetings have included people who are in charge, like me, and this was our final meeting.

Sometimes it is said that it is best to "let local people recover on their own." It is easy to say, but hard to do.

SHARE has paid attention to "who has to be in charge for restoration" when we supported Project K starting-up. It was the first time for SHARE to have an office and work with a local NPO for a long period of time after the emergency phase, in other hand it was the first time for Project K to work as an NPO. It was a full of challenge for both organizations. At the beginning, I was sometimes confused during activities. When residents started to move into temporary housing, we faced several problems. It got more difficult to deal with activities because the situation surrounding housing was changing by the minute. At first, I felt we were too careful with each other many times during meetings.However, in recent days, we have gradually begun to engage in honest debate. Also, during this meeting, I felt that the policy of future activities had been made from the view of Project K which has residents' needs in mind. Therefore, I believe they can take over the activities with ease.

Though the activities over these three years, I have seen local people facing restoration with strong determination, since they wanted to change Kesennuma for the better. I could listen to people's feelings about Kesennuma, and watch their changes in regular meetings. Through these experiences, I felt that I could be involved in the process of "restoration by local people" as a member of SHARE. This is because we were able to conduct activities with them as partners.

However, "Restoration by local people" is still incomplete. We, SHARE, will keep reporting you about what is happening in Kesennuma. Our role will be to increase supporters of Project K. We are going to report you Project K's activities though this blog and newsletters. We are looking forward to your continued support.

(Board members and staff of Livelihood Support Project K and SHARE) 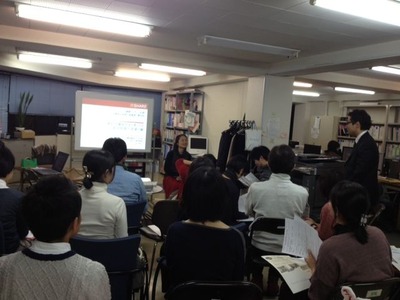 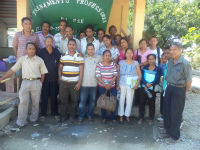